EBIT growth was subdued in New Zealand Food during FY17 as we invested in price and service to improve the offer for our customers. We will continue to invest in our customer offer in FY18 in line with our Customer 1st strategy.

New Zealand Food’s sales for the year were NZ$6.2 billion, an increase of 2.1% on the previous year (5.3% increase in AUD). Sales in the first half last year were assisted by the bulk sales of gift cards and excluding the sales of these cards, full year sales growth was 2.8%. Easter adjusted sales in Q3’17 and Q4’17 were 2.2% and 3.4% respectively.

Comparable sales increased 1.2% for the year or 1.8% excluding bulk gift card sales. Comparable sales strengthened during the second half (HY17: 0% (1.1% gift card adjusted), H2’17: 2.5%) as customers continued to react positively to our price, service, fresh and local ranging activity, as well as the new partnership between our Onecard loyalty program and AA Smartfuel launched in Q2’17. This was consistent with our improving customer metrics over the course of the year. Sales per square metre was flat for the year, but moved into growth in the second half. Countdown ended the year with customer satisfaction and team engagement at new highs.

The Countdown Supermarkets Food Price Index increased by 0.4% driven by a combination of a return to inflation of dairy products and higher levels of inflation in fresh produce impacted by growing conditions and supply.

CODB as a percentage of sales increased 60 bps on the previous year driven by investment in the store team to improve the customer experience, logistics costs (impacted by the Kaikoura earthquake), occupancy and team bonuses.

EBIT decreased 1.4% but was up marginally when normalised for team performance-based bonuses compared to the prior year.

ROFE was 21 bps higher than the prior year due to a reduction in average funds employed despite lower EBIT.

*  Sales per square metre has been restated from prior year to be consistent with current Australian Food definition. 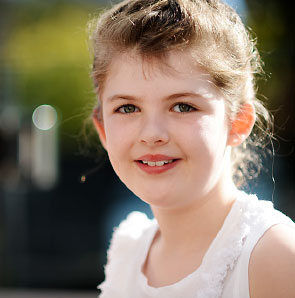 "I was happy with fruit and vegetable items available and the fact that there was a good choice of berries."