Endeavour Drinks achieved record Net Promoter Score (NPS) and VOC scores for Dan Murphy’s and BWS during the year, continuing the momentum of solid growth in a competitive market.

Sales per square metre increased by 0.5% with total sales growth of 4.3% offset by net average space growth of 3.7%.

BWS reported solid comparable sales growth driven by improved growth in our attached BWS stores and a strong improvement in NPS. We opened 19 net new BWS stores opening in FY17, bringing the network to 1,298 stores at the end of the year. Other key milestones were the launch of BWS Online in October FY17 with one hour Click & Collect available at all stores and we are currently trialling fast delivery in around 50 BWS stores.

Endeavour Drinks gross margin declined by 33 bps to 23.1% due to the negative category mix with beer and spirits outgrowing wine as well as targeted price investments.

CODB as a percentage of sales decreased by 30 bps due to the gain on sale of a business of $8.4 million, strong cost management despite higher fixed costs associated with store openings during the year and minor reallocations between gross margin and CODB for the Summergate business.

ROFE improved by 62 bps driven by the increase in EBIT and reduction in funds employed despite a number of new store openings during the year. 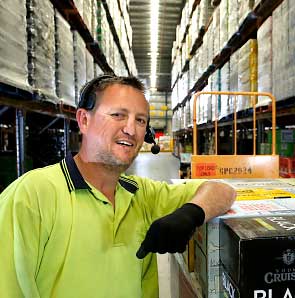 "The staff are very friendly and helpful. There is quite a good range of spirits, wine & beer brands available."