The improvements we delivered in Australian Food during FY17 resonated with customers as our Voice of Customer (VOC) scores improved consistently throughout the year, with store-controllable VOC sitting at 81% in June 2017.

Our VOC scores have continued to improve over the financial year with Overall Customer Satisfaction reaching 78% (FY16: 75%) and store‑controllable VOC increasing to 81% (FY16: 77%). Both have improved on Q3’17. We have seen an improvement on the prior financial year across all seven store-controllable VOC metrics. On-shelf availability and Fruit & Vegetables remain our biggest opportunities for further improvement.

Sales per square metre increased by 1.3% to $16,213, compared to FY16, driven largely by the improvement in comparable sales growth. During the year we closed 22 stores and opened 25, including six Metros, ending the year with 995 Woolworths Supermarkets and Metro stores. We closed two Thomas Dux stores with three remaining at year end. Despite the store closures, average space growth for the year was 3.1% compared to FY16 due to timing.

Average prices declined by 2.1% in FY17 as we continued to lower prices for our customers. Deflation eased in the fourth quarter to 1.2%, as we experienced inflation in Fruit & Vegetables, with deflation ex-Tobacco and Fruit & Vegetables in the fourth quarter of 3.3%. Customer price perception is beginning to improve but remains a major opportunity and reflects our focus on improving customers’ trust in our prices through lowering shelf prices, with approximately 3,500 products on our Low Price Always or Price Dropped programs at the end of the year.

The increase in gross margin of 70 bps to 28.07% is primarily due to material improvements in stock loss and, to a more limited extent, improved product mix and promotional effectiveness offset somewhat by net investment in price.

CODB as a percentage of sales increased by 101 bps as we invested in team hours and higher team performance based bonuses compared to the prior year. We have also invested in training and in our IT Foundations and Renewal programs, which contributed to higher depreciation.

Strong working capital management resulted in a significant reduction in average funds employed, which has more than offset the reduction in underlying earnings and led to an improvement of 32.7 pts in reported ROFE. 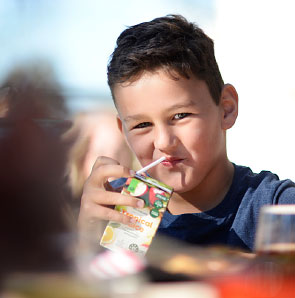 "The fruit and veggies are always fresh and good quality." 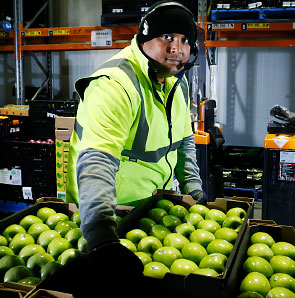 "Woolies always has value for money and have a great range of products & excellent weekly specials."